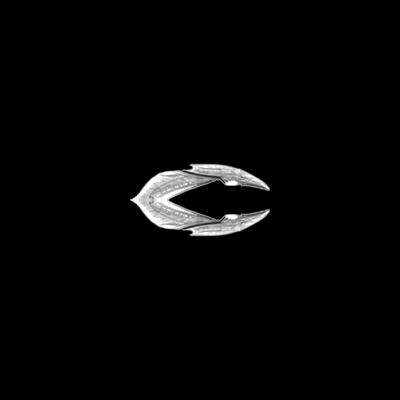 Thursday, April 25, 2013
It is with great pride that the Galactic Senate would like to unveil the new ship design of Emperor SpaceSquad. His Excellency has put much thought, deliberation and effort into his first act as Emperor, including designing from scratch the appearance of this beautiful ship. Working closely with his Crystalline designers he was able to craft a masterpiece worthy of his name.
The new ship design will become available immediately to all Crystalline commanders who research and activate its plans in campaign sectors.
Once again the Imperial Shipwrights have named this new creation in honor of the wisdom and vision that Emperor SpaceSquad has brought to the Echo Cluster.
Emperor SpaceSquad is proud to present the:
Sapphire Class Space Ship

Special: Hyperjumping - Can move 350 ly through hyperspace in a single turn using 50 fuel.

Special note: The Crystal designed hyperjump engines on this ship interfere with webmine tracking capabilities. Any ship at the same location as this ship or travelling with it will not be affected by or stopped by webmines.

Additional Note: The Emperor has also decreed that each Sapphire Class Space Ship will come equipped with a bottle of Bombay Sapphire Gin on board, the Emperor's favorite Gin.