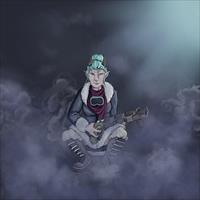 As Planets Nu continues to develop and grow we are expanding upon the story and history of the Echo Cluster. Giving the Nuniverse its own history and identity, with a nod to our favorite sci-fi archetypes, allows us to develop compelling and fun storylines without treading on other peoples work.

Each of the races that exist in the Echo Cluster have had a colorful background. We have been working hard to uncover these histories, to understand how they got here, and are updating the race descriptions. We will begin to share them with you in the coming weeks. This may help explain some of the technology, events and new ship designs that we are seeing come to life. We have included the first 2 below:

The Dark Matter fusion imbue the Core with tremendous power and longevity, but with terrible side affects. The Core are power hungry, extremely paranoid, and in the eyes of most outsiders, evil. They crush all opposition with ruthless efficiency. The longer one is joined with the dark matter, the more powerful they become. The oldest, most powerful (and most evil) of the Core, are known only as “Those Who Order”. The rest of the population, called the Light, do not have access to the Dark Matter tech. Their lives are considered to be of little importance and are essentially enslaved by the Core. To be used and tossed away as needed.

The Imperial fleet boasts the Gorbie, the most powerful Battlecarrier known to the Echo Cluster. Disdaining torpedoes as inefficient, their fleet contains only a single utility frigate. Instead, the Empire relies heavily on fighters, using streamlined starbase production lines to cheaply resupply their navy. They field a variety of fighter transport vessels and certain more advanced factions have the ability to efficiently transfer fighter complements between bases and carriers.

Imperial ships are captained by members of the Core who possess the power to Dark Sense enemy planets and starbases. Some believe this to be a mystical psychic sense, others contend that this is superstitious nonsense, the information merely the result of a pervasive yet highly secret intelligence network.

There is no doubt however of the power of their Dark Energy when used in ground combat from their Imperial Super Star Destroyer. These ships are charged with Dark Matter technology which can supercharge a small strategic landing force (usually of Core) which can effectively sterilize an entire enemy planet, capturing it and any starbase intact.

The Rebel Confederation - The Rebellion of the Light

The Rebels are from the same species as the Evil Empire. They are a group from the lower class known as the “Light”. Led by a female known as Yarrow - they took advantage of a situation during a war campaign against a space faring race called the Keel who had been fighting for survival against the Core of the Empire. During this conflict, Yarrow was captured by the Keel.

After being captured, Yarrow convinced the desperate Keel that she could gather support from the Light and lead a Rebellion from within the Empire and was released. Upon her return she was able to save her own life by convincing the young Core commander leading the assault on the Keel that she could use her new position to infiltrate the Keel and destroy them from the inside.

From this double edged position, Yarrow and members from the Light embedded themselves all throughout the Keel hierarchy, and in one fateful moment they betrayed the Keel, sabotaging their infrastructure, capturing their ships and technology and executing their crews.

However, Yarrow and her Rebels never intended to help the Core and had effectively played both sides for their own gain. Upon return, she destroyed her commander's fleet, gathered her forces and immediately hyped out of the galaxy as far away from the Empire as possible - eventually ending up in the Echo Cluster with the Empire in close pursuit. They have rejected the Dark matter technology of their former masters except where it can be used to hide or protect against the Core.

Their fleet consists of a combination of stolen civilian Imperial designs and the powerful and unique Keel hull technology which consists of bone-like scaffolding grown around traditional minerals.

With special tactics such as Rebel Ground Attack and Planet Immunity, the Rebels possess tremendous advantages against fixed starbase defenses, and the economic benefit granted by their free fighter builds is quite impressive. The Rebels also have several other lesser advantages; they can survive on ice planets, fool the Imperial Dark Sense, and see through Imperial bioscanner disinformation. However, despite the awesome combat power of their Rush Class Heavy Carrier, it cannot reliably defeat maximum-strength starbases unaided. As a result, many Rebel commanders rely on their ground assault ability combined with planet immunity to provide them with a path to victory against an entrenched foe.

The most useful of the stolen civilian Empire designs is the Falcon Class Escort, a Hyperspace-capable armed transport which functions as a logistical and colonization link across great distances.

More detailed backstories are coming for the various races of the Echo Cluster and should act as a starting ground to understanding the details of the Timeline levels as you experience them.

Of course.. you are more than welcome to imagine each race exactly as you see fit.

May the force be with you.